The Dangers of Switching from Kindle to Print 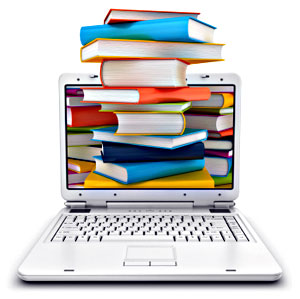 Who knew that adding a paperback edition to a #1 Amazon bestseller could be so hazardous?

What follows are the chronicles of my decision to take my eBook, Robin: Lady of Legend, into the world of print publishing with a paperback version. I waited a year and a half to do it, and these are the consequences.

BEFORE THE PAPERBACK EDITION

AFTER THE PAPERBACK EDITION

First thing’s first, I published my paperback edition on 7/7/2013. However, it took about 5 days for Amazon to link it up with my Kindle version. During that time, there was no record of a paperback edition in Amazon’s search results, so I lost about a week of marketing time off its publication date.

More importantly, though, was that loss to my sales ranking was IMMEDIATE, and since there was no paperback listing available, it was some time before I could attempt to bring it up again.

Loss of rank was the biggest surprise to me. It seems that while I only had a Kindle version for sale, that edition showed up whether a person searched for my book under “Kindle” or under “Books.” Since Robin: Lady of Legend was such a success, its search result rankings were front page for both categories. However, once a print version was in the picture, Amazon used that edition’s rankings when it provided search results for the “Book” category. That meant that although my book continued to be the #4 Robin Hood search result for Kindle, since I had not sold any print copies yet (and even once I started to sell, sales were slow for that edition), my print edition had no ranking, essentially vanishing it from “Book” search results.

I decided to see if offering my Kindle version for free through Kindle Select would result in an increase in paperback sales. It did not. On the upside, though, Amazon did discount my paperback book when they saw how many Kindle sales my promotion was getting.

It will be some time before I know for sure whether a paperback version was indeed worth the effort it took to format and publish. At the moment, however, I am inclined to say that authors should exclusively publish Kindle Editions for as long as they can, and only when sales have dissipated to almost nothing should they take the next step to a print edition.