Building Your Antagonist: How to Create an Effective Enemy 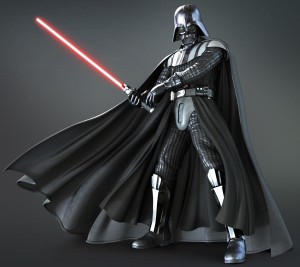 Everyone loves a good bad guy. But what is it that makes them so deliciously evil? How do we write one that the audience can love to hate, or start out hating but then grow to love?

Step #1: Provide your character with a redeeming quality

The key to writing any antagonist is to make them approachable. This means that they must have some good, redeeming characteristic. Whether it’s Darth Vader who has a soft spot for his son and ends up dying to save him, or Star Trek’s Nero who destroys a whole planet and changes a time continuum to preserve the life of the woman he loves, no “bad guy” should be completely evil. That’s because no human being is completely evil, and so trying to force your character into that narrow slot will make them seem unreal and inaccessible.

Step #2: Decide if that redeeming quality will:

(e.g. Gollum in Lord of the Rings)

Sometimes, it is sufficient to give your character a tragic past (such as the Joker, whose wife was brutally murdered), or even an ordinary past (such as Lex Luthor) that is shaped in a bad direction by people, events, and choices. This past is the reason (or part of the reason) they become such a bad guy, and works because you have given the audience a glimpse of the good person they were before their current “evil state”, and there is hope (even if it’s never realized) that they might turn good or reveal that goodness again.

Does your character want world domination? Does he want glory for his people, fame for his name, inordinate powers, etc.?

Everyone wants something — good guys as well as bad guys. Often the two possess very similar goals, and what separates them is not their desires, but how they try to achieve them.

Robin Hood is a thief, always stealing from travelers passing through Sherwood. Is he not considered a bad guy simply because he gives the proceeds away to the poor? Why then is the Sheriff, who lawfully taxes people in order to provide roadways and other services for them, considered a bad guy?

It is not enough to simply say “so-and-so is bad” and “so-and-so is good.” There must be a logical line we can draw, some sort of conclusion that will allow us, in the end, to put them on the side of Right or Wrong. What is it about your character’s desires or actions that make them cross that line?

Part of what makes Darth Vader so great is that he’s brilliant and powerful, yet entirely submissive to his master. If he had been the classical stooge — strong, yet stupid — Star Wars would not have been nearly so much fun. An evil, maniacal scientist is an okay villain, but wouldn’t your readers find it much more eerie and nerve-racking if your protagonist had to face a scientist who was coldly calculating and completely in his right state of mind?

Strengthen your characters by making them seem like real people, rather then archetypes.

Suggestion #1: Let the bad guy win every once in a while

It gets boring if the good guy always wins. When I was little, I used to watch Power Rangers, and after a while I began to root for Rita (the evil witch), because otherwise the plot got tedious: Rita always created some kind of monster, which threatened to destroy the town, but the Power Rangers would show up, get knocked around a bit, join together, and blast the monster into smithereens. There was never any real chance that the bad guys would win.

Star Wars is a really good example of the bad guys winning a lot. The Death Star blows up Alderaan. Darth Vader captures Han Solo and turns him into a carbonite statue. The Emperor tortures Luke Skywalker and nearly kills him. Now, naturally, there are a lot of victories for the good guys in there, too, and of course they win in the end, but in the meantime you feel that there is a very real danger to the Power of Good, that they just might lose, and that the characters you love might actually die. These fears empower your bad guys, and make their eventual downfall much more satisfactory.

Not all bad guys need to be “bad”. For instance, if you’re writing a romance and your character’s main goal is to get the girl, then the “bad guy” is the other man vying for her affections. He doesn’t have to be mean, or a slime ball, or anything bad at all (e.g. the boyfriend in Liar, Liar); the fact that he’s in the way of your protagonist achieving their goal is what makes him the “bad guy,” a.k.a. the antagonist.

Your antagonist is anyone (or anything) who stands in the way of your character’s success. Get creative!