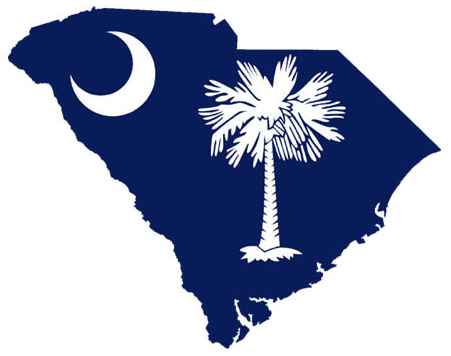 I awoke at 7:30 a.m. intending to skip breakfast, as I was really tired and preferred my sleep to food. It was raining outside (warm, steamy rain) which naturally made my hair frizz, which meant I had to spend more time than I had planned to trying to calm it. I arrived for TFA’s opening session right at 8:00 am, but they’d already gotten started.

Session today began with an exercise — trying to stand three golf balls on top of one another. I got two to balance fairly easily, but the third eluded me (I did succeed at it for about half a second once!)

We spent the morning talking about the achievement gap in South Carolina. I’m not a fan of norm-based testing statistics (norm-based tests are exams where students are ranked against other students, not against how well they performed. Think bell-curve) since 1/2 of all students/states must by necessity “fall below average.” However, it was still shocking to see that the top 10% of SAT scorers in South Carolina had scored less than the average SAT scorer in Kentucky. In some of the counties in South Carolina, as few as 6% of the students had taken the SAT…which by extension meant that only 6% had been eligible for college that year, since SATs were required for most college admissions. Furthermore, South Carolina was the lowest-performing state when it came to K-12 standardized tests.

MY IDEA OF THE DAY

Get SAT tests and rewrite them to be appropriate for your grade level. Get your students used to that type of testing style and way of thinking, even as early as elementary school!

Lunch today was fried chicken and rice. The rice was kind of weird (almost slimy in a way) but the chicken was good. Teach for America also has lots of candies it supplies us (like Smartees and Hersheys and Kit-Kats) and sodas. I feel like 80% of what I’ve eaten lately has been sugar. This might be a good thing, as I sense it’s the only thing keeping me awake.

After lunch came a panel comprising two Teach for America alums and two district superintendents. Lunch had made me somnolent (and I was already exhausted), and I had to fight to keep awake during their introductions, but then the Pepsi I had drunk kicked in and I perked up. Plus, the things they were saying were really important and interesting. Here are some things that they mentioned:

By the way, this is only going to be the second year that Teach for America has served in South Carolina, so there’s quite a weight on our shoulders to make a difference soon!

After the panel, we were given some time to reflect over the changes we wanted to make by being part of Teach for America, and then we went to dinner. The van drive was long this time — maybe thirty minutes — but at last we arrived at a place called the Bean Market (in Lake City). Now it’s an empty brick building, but it used to be the largest Bean Market in the world. We were greeted by one of the national TFA board members, and given a dinner that included barbecue chicken and sweet potatoes. It was also Josh Bell’s birthday, so we sang and had cake.

During the dinner, they showed us a brief memorial documentary on Ronald E. McNair, who was one of the astronauts who had died when the Space Shuttle Challenger exploded in 1986. He was from that town, and had led quite an amazing life. I thought he would be a good role model for my black students when I did lessons on regional heroes.

After dinner, we returned to the University, and my suitemate, two other corps members, and myself made a trip to Wal-Mart. Some much-needed purchases included a pillow (too bulky to be worth flying across the country — I slept with my head on a vest last night and now my neck was sore) and humidity-repellent conditioner/shampoo (too heavy to take given modern luggage-weight restrictions). We also tried to purchase some money orders that we would need for Institute, but Wal-Mart’s customer service desk had already closed (it was 10:00 pm — dinner round-trip had taken three hours!) and the gas station we went to would accept only cash. We tried a couple of other stores (Piggly Wiggly’s — yes, that’s a real store name! — and Rite Aid) but PW’s customer service counter was closed and Rite Aid wasn’t open at all.

Resigned, we returned to our dorm, where I wearily unloaded my purchases onto my bed. I couldn’t unload myself into bed yet, though. After updating my blog (would you believe that these little entries take over an hour to write?) I practiced for the hiring fair that was scheduled for the next day (practice involved looking over some common questions and thinking about my answers). I also gathered together all my important documentation for the South Carolina fingerprinting session we were going to have. Finally around 2:00 a.m., I gave in to exhaustion and went to bed.