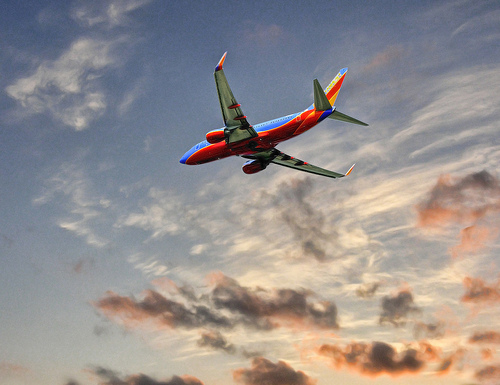 I am on my way to Induction. It doesn’t seem real.

I spent Saturday and half of Sunday in a flurry, packing my previous life into boxes that were now sitting in a corner of my house, and packing some essentials into my luggage. I was going to be flying Southwest, so I was allowed to take two checked bags (for free — amazing, I know!) and two carry-ons. I made good use of that space.

My flight left California at 2:00 p.m. PST. I was the last passenger to board my plane, and it was a hassle finding room in the overhead bins for my second carry-on. I chose a seat between two high school basketball players (boys) who I sensed would ignore me for the majority of the trip. They did indeed ignore me (and I ignored them) by pretending to sleep (which the boys for the most part actually did).

I arrived at Chicago just in time to make my connecting flight. I regretted not having time to really stretch out my legs (it’s a four hour flight from California to Chicago) and just jumped up and down really high a couple of times. I was quite the most amusing thing there. Incidentally, while we were landing I saw Lake Michigan (one of the Great Lakes) and it was immense. I’d seen it on maps before but you just can’t appreciate it until you see it in person. I was looking at it width-wise across the thinnest portion, and I couldn’t see the other side. It was like looking at the ocean. It felt even vaster than the ocean because it was twilight and the color of the lake matched the color of the sky exactly and you couldn’t tell where one began and the other ended.

As an aside, when I’m flying across states, some part of me keeps expecting to see lines like I would on a map. I know there’s no lines, of course, but my brain wants there to be some sort of delimiter, so I can look down and say, “Ah, there’s Colorado…and there’s Nebraska!” Instead, I look down and just see a lot of green fields with bluish looking circles on them. What are those? Cities? No, they’re too perfectly round….

I arrived in Charleston around midnight. I think my plane deposited the only passengers in the entire airport. After I got my luggage, I went out to where the hotel shuttles should be, only it was so late that of course there were none. Fortunately, I was staying at the Aloft where they have an on-call shuttle service. I had to wait for about twenty minutes for them to arrive, but that was all right. It was only 75 degrees in Charleston (it was about 85 degrees in California), but it was so humid that it felt much warmer. The air was like being in a bathroom after taking a hot shower, but it wasn’t unpleasant.

I felt awkward riding in the shuttle (think van) because I was the only passenger. It was too late for small talk, but I felt like I should say something. Only, I’m not too good at small talk. Fortunately, the ride took less than 10 minutes. (Also, are you supposed to tip at the end? I’m never sure for something like that. If there’s a lot of people sharing the ride then I think not, but when you’re by yourself…?)

At the Aloft, check-in went okay, but I was told they couldn’t (or wouldn’t) call a taxi for me in the morning. The lady gave me a list of taxi services, though. The first thing I did when I got to my room (after checking that there were no bedbugs in my bed and that everything was relatively clean — yes, I do that, and no, I’m not paranoid, I’ve just heard enough stories from people regarding such things to know that it’s better to be safe than sorry) was to look up the taxi services. The Yelp and Bing results for the first few were depressing, but I finally found one that seemed all right. It was called the Charleston Black Cab. (There was another alternative, the Charleston Green Taxi, that also sounded good, but the reviews said it was overly expensive and that the Black Cab service was better.) However, its website was “under construction” so I had no idea how much it was going to cost to use it. From the reviews, I sensed that I was going to have to pay more for a ten minute taxi ride than I was for the Amtrak train that would take me the rest of the way (1.5 hours) to Florence in the morning. Alas!

But back to “It doesn’t seem real,” I’m having a hard time believing that I’m truly here and am going to be a teacher and live in this state that I know almost nothing about, so I’m surviving by taking everything one day at a time and trying not to think too hard about the future. So far, it’s working, mostly because everything has been highly reminiscent of college and the summer research programs I’ve done (me flying overburdened with baggage, staying at a hotel before going to the college campus, there to dwell in a dorm/apartment-style dorm for a month or so doing “research,” etc). I suspect the reality won’t really hit me until I’m actually in my own classroom come September, and maybe not even then.