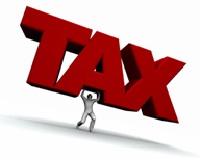 Yesterday, June 29, 2011, California Governor Brown signed his state’s budget into law. Though this budget has many good points, it also includes the Affiliate Nexus Tax, which destroyed over $1 Billion in California income the instant Brown made his affirming sweep of the pen.

For those of you who don’t know, affiliates are people who help direct traffic to internet companies. For instance, Amazon has an affiliate program where you can link to their products (either through text links or picture links or a combination of the two). If visitors to your website follow these links and buy that Amazon product (or any other product from Amazon within a 24 hour period), then a percentage of that sale goes to you.

According to CapitolWeekly, in 2009 alone California residents earned over $1.6 billion dollars through affiliate programs, and as a result paid $124.5 million in state income tax. I should note that California is the leading state in affiliate marketers.

In an effort to capitalize further on this industry, Governor Brown has signed into law the Affiliate Nexus Tax. This law states that even if a retailer does not have a physical presence in California, that they still have to pay California’s sales tax on anything people buy who were directed to their store by an California-based affiliate.

First off, this law is unconstitutional. According to a 1992 U.S. Supreme Court ruling, states may only collect sales tax from retailers who have a physical presence (i.e. nexus) in the state. Most of the retailers who run affiliate programs do not.

Secondly, trying to say that an affiliate counts as a retailer’s physical presence is as absurd as saying that those who write reviews for a newspaper count as a physical presence of the company they review, or that if someone asks me where is a good place to stay in Las Vegas, then whatever hotel I name now has a “physical” presence in California because I live there and I recommended it. An affiliate is just someone who makes a recommendation (often by simply providing a link, without even a real endorsement). It is ridiculous to consider a person’s recommendation (whether they give one, or one million) as a physical extension of a company.

Unfortunately, the government of California doesn’t see it that way. As a result, the instant this law was signed into being, Amazon (shortly followed by other major affiliate programs) cut off the thousands of California residents who were affiliate members. Whoops! Overnight, $1.6 billion in California income has disappeared. As has the $124.5 million they would have paid in income tax. And the government isn’t going to receive any sales tax anyway.

I am unusually tolerant of our government and of the mistakes it makes, but please, will some judge hurry and rule this unconstitutional, or someone get a referendum to repeal this law? Because frankly, Governor Brown, you’ve made a big mistake. And the rest of us are the ones paying for it.